41% of Poles were using shopping apps in march, 41% in december last year. these are being opened more frequently – 56x in january and 85x in march (50%+ in three months) 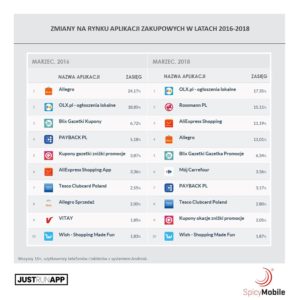 most popular shopping apps in Poland